Difference between revisions of "Drought Tolerance and Native Plants"

From Native Plant Database
Jump to navigation Jump to search 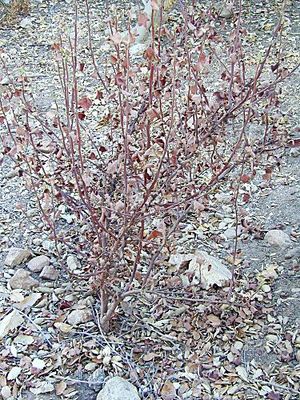 The white currant goes into summer dormancy and appears dead. 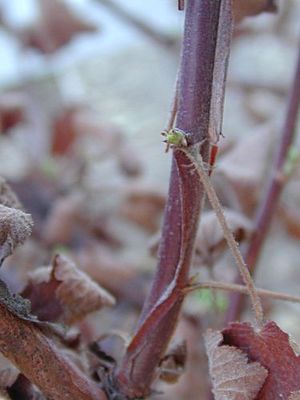 By mid-Fall it begins to wake up and show life

We heard that California native plants are drought tolerant but what images does that really conjure? To some it's, lush plants that require no water all summer long, to others it's weeds and cactus. Well, to native California plant gardens the easiest way to think of drought tolerance is how the East-coasters think of winter and their gardens. The summer in the west is really like the winter in the east for the plants here-- it's the tough season. The season when many go dormant through specialized techniques. For instance, take the White Flowering Currant (Ribes indecorum) pictured to the right. The Top picture was shot in September after a brutal summer. Your inclination as mine would be to pull it out for the green barrel-- a casualty of summer, right? Well, guess again! The same plant one month later is in the lower picture.... Ah! With the morning dew in October the miracle of life comes back to the currant. This is known as going drought or stress deciduous. And the White Flowering Currant is a star in this field.

Drought tolerance is a learned behavior. It's understood by mature native plants, but the plants you pick up at the nursery are babies and it will be 2-3 years before they can handle the summers all by themselves. And with that said, extremely hot and dry years, even adult native plants will need help.... after all, all plants do need some water, some time. Where the "forget the watering" rule will usually apply is in the winter and spring when nature will do all the work.

That having been said, it's important to note that there are some plants that want NO summer water at all, such as certain chaparral natives. If you've been unfortunate enough to start your young native plants in a below-average rainfall year, then you will need to supplement the rain to bring up the soil moisture level around the area, then permit the usual drying out after spring (through the summer). Mulch is often very important for success. This is why it's important to learn a little about the natural plant communities from which your plants hail, and appropriately group plants with similar watering requirements.

One important thing to remember is that many of the super drought tolerant plants (especially currants & gooseberries) may appear dead by the fall. Give them some time before removing them. Often times you won't see any growth until December.