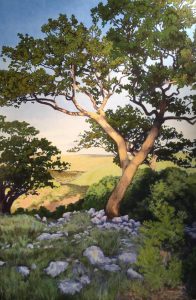 The Gottlieb Native Garden: Photographs by Susan Gottlieb
May 6 through August 19, 2017

Due to construction at TPF, the gallery was dark during Fall 2014 and Winter 2015.

Botanical Artists Guild of Southern California: The art and science of native plants
January 11 through March 15, 2014
About  | Press Release 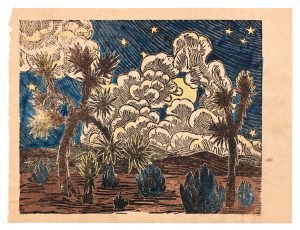 Made at Theodore Payne Foundation: Books and monoprints created by adults and children during workshops conducted by Laura Stickney, TPF 2012 Artist-in-Residence
January 11 through March 2, 2013
About

Inspired ‘ Interpretations of California Native Flora, Fauna and the Natural Landscape of the Theodore Payne Foundation
February 1 through March 24, 2012 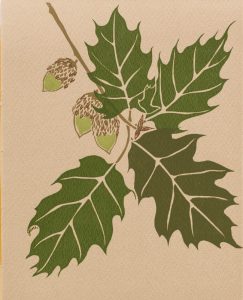 Gene Bauer: The Golden Native Notebooklets
Exhibition of The Golden Native – 26 serigraph booklets produced by Gene Bauer in the late 60s and 70s. Artworks were drawn from the Foundation’s collection.
October 1 through January 21, 2011 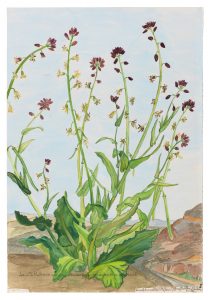 A Variety of Flowers and Pollinators: Photography by Dave Daniels
January 2 through March 31, 2010

Ida Moody: Painted Photographs
Exhibition of the Foundation’s collection of the artist’s painted photographs from the 1900’s
July 1 through September 30, 2009

Exhibition of the Foundation’s collection of the artist’s oil paintings of plant portraits
April 1 through June 30, 2009

Arctostapylos and the Bokeh
New works by photographer Richard Dickey. Bokeh, derived from the Japanese word boke, meaning “fuzzy or blurred,” is the out-of-focus area in a photograph
January 1 through March 30, 2009

Fred Kuretzki: X-ray Photographs
Images created by the photographer at the Foundation.
January 1 through March 31, 2007

Native to California: The Botanical Artists Guild of Southern California
Selected artists, including Melanie Symonds, Gilly Schaeffer and others, invited to exhibit works depicting the California flora.
October 1 through December 31, 2006