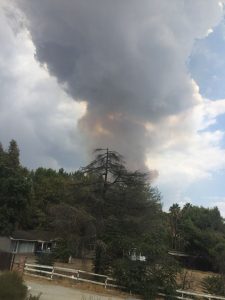 One year ago today, the La Tuna Fire broke out. At first, it was like any nearby fire in Los Angeles. You know the drill: You are paying attention, you see the announcements, and you keep an eye on it. Then the smoke starts rising, you are less certain of the direction the fire is moving, and you really start to pay attention. Being in a canyon after a long dry summer, you start

Theodore Payne Foundation staff is fully aware of the risk of fire. We have the remains of two buildings on our property that burned years ago and an old oak with fire-scarred bark. Every fall, we discuss what to do in case of fire, who to call, what to save, and how to get to safety. So, that Friday afternoon, we weren’t completely unprepared. My senior staff and I assessed the danger, tracked the fire’s movement as much as we could, and decided we should evacuate. This was well before general evacuations were considered, but as non-residents, we need to anticipate threats and prepare for them. 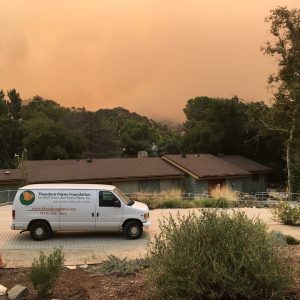 Everyone calmly started moving Theodore Payne’s business and personal papers out of the archives, selecting which seeds to move off site, and gathering up art – including wrapped pieces that had just been delivered for our next show. We were preparing for an audit, so those records went, along with Theodore Payne’s scale, sieves, and apothecary spoons.

It was all very orderly. One person listened to the radio and checked online for updates, keeping us informed of the fire’s progress. Another posted our status to Facebook. A third directed staff to line their cars up to receive goods, but only staff who had a safe place to keep TPF materials for an undetermined number of days.

Finally – although evacuation barely took two hours, it felt like finally – the archives, art, seeds, and artifacts were packed and ready to go. That was when we had some time to think. Those of us who had not gone home already gathered on the slope west of the headquarters building, looking up the canyon. We watched the fire crawl down one hill then up the next, moving at an unreal speed in our direction. That was when we knew we had made the right decision to evacuate, and when we realized that we might never see the Foundation intact again. It was a terrible moment, yet everyone stayed calm. 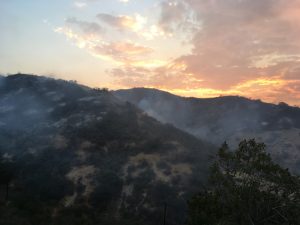 Over the next few days, as we continued to visit the site to water plants and keep an eye on the fire’s location, we learned firsthand about the skill and discipline of firefighters and first responders. On Sunday, as the fire approached our property, ground crews, helicopters, and even airplanes worked the front lines. Clearly, these people knew their business. Although more than 7,000 acres burned, only five homes were lost.  (Sadly, the later Creek Fire was more destructive.) Yet so much good came of that fire, too.

The support from those who care about Theodore Payne was amazing. Messages of concern and encouragement bolstered our spirits and spurred us to return that support. Within two weeks of the La Tuna Fire’s outbreak, Theodore Payne Foundation had connected with a network of state fire experts and held the first in a series of free programs on the impact of fire on local vegetation, how to prepare for fire, and how to respond to wildland fires. More than 100 people took part in that series, and the public talks that continue. Next week, I will take part in a panel at Descanso Gardens on how to prepare for disaster. 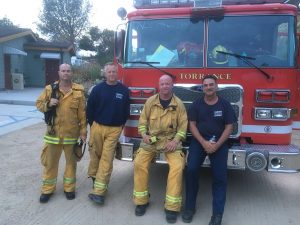 The fire also brought us closer to our neighbors. It is not always easy to have a busy non-profit nestled within your neighborhood. and our recent construction project had not made it more of a pleasure to be around TPF. It was truly satisfying to be of use to our neighbors after the fire, with free classes, talks, and a special La Tuna Canyon wild flower seed mix. Theodore Payne Foundation has been in La Tuna Canyon for more than 50 years and feels deeply that this is our beautiful home.

Metabolic Studio even reached out with a generous grant to help us through the fire recovery. Their gift was so meaningful at a time when we were still stunned by the scorched landscape surrounding us.

To make a physical demonstration of gratitude toward the fire fighters, we decided to work with our neighbors to give a native plant garden to Sun Valley’s Fire Station 77. TPF staff designed the garden and irrigation, and raised funds from generous local residents, elected officials, and the Sun Valley Area Neighborhood Council to support the plants and materials for the garden. The firefighters themselves prepared the grounds and got the mulch. It was a community project with a lovely planting day in March 2018.

Today, on the first anniversary of the La Tuna Fire, we will return to Fire Station 77 to weed the garden, pick up trash, and pay back some of what we owe, and we will do it together as the La Tuna Canyon community.

Check back for Part II. 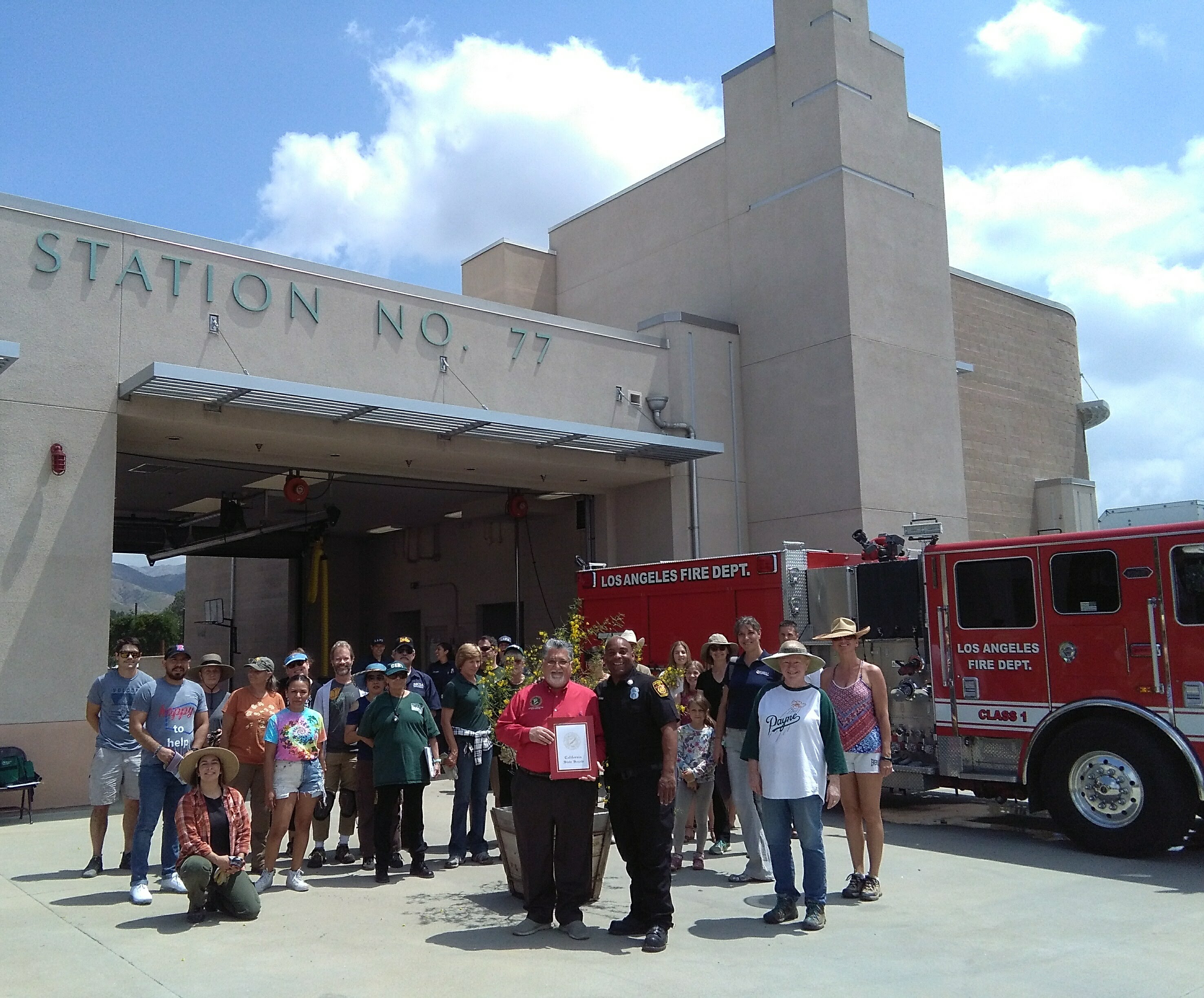